At times hotel staff have to face extremely unusual complaints in the hotel. If you are a hotel industry professional, you would have been at the receiving end at some point. In this post, we bring some of the strange and most unusual Hotel guest complaints.

And for the travellers who like to complain just for upgrades or freebies, please beware that a lot of strange, funny and stupid complaints might make a guest look silly.

The hotel industry is an extremely diverse industry and the best part is that you get to meet people from all around the globe. However, some of these people lead to strangest guest complaints which might be hilarious at times and strange at some other times.

Sometimes, there are solutions to the same and at times there isn’t a solution that one can think of.

Listed below are the most Bizarre guest complaints we could compile from several sites like Traveller and Skyscanner. 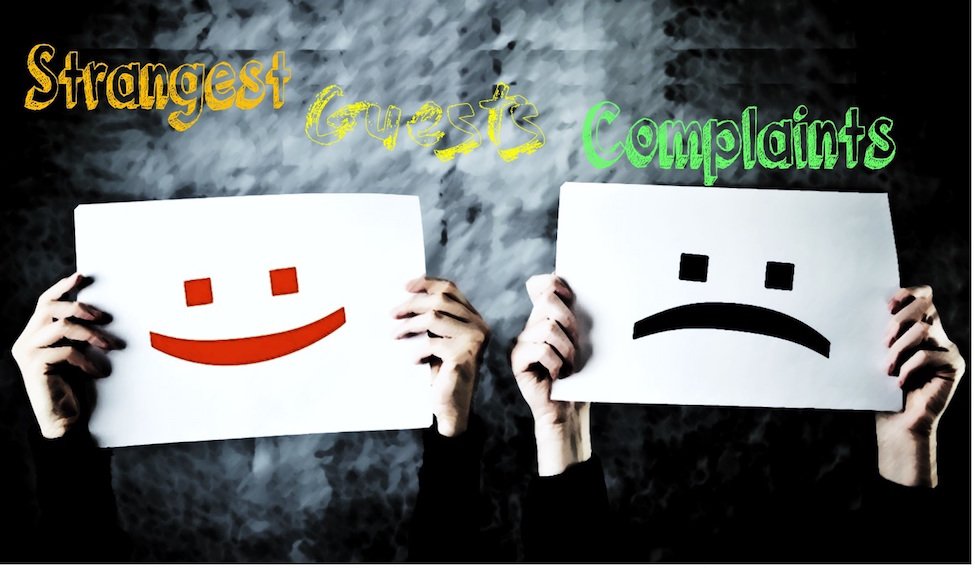 The list below combines some of the most unusual hotel requests and strangest guest complaints.

Think of unusual complaints by a guest in a hotel and there might only be a few that can match this.

Our pick of the best complaint is about a traveller who complained that the room had no Ocean view.

Well, we missed mentioning the fact that the Hotel was located in Mayfair, London.

This is one of the funniest restaurant guest complaints and we call upon the chefs to decide if they can resolve this query.

One guest came up with a request that only the right leg of chicken should be served to him.

Yes, we know we have strange people on Earth.

But, it’s all about delighting a hotel guest and all hotel staff can do is to come up with a silly grin and a sorry.

3. My Pet wants a refund

Add one more to the super bizarre hotel complaints.

One guest asked for a refund because the dog didn’t enjoy the stay and was grumpy throughout the duration of stay.

This seems to be a reasonable complaint though for the pet-friendly hotel chains which claim a hundred per cent satisfaction for guests that include the pets.

Now, this is another classic hotel guest complaint.

The groom wasn’t happy and complained to the hotel staff that his mother wasn’t given a Honeymoon suite.

5.  The waves are too loud in the sea view room.

Now think about this bizarre complain from a hotel guest.

Can the hotel staff do something about the waves of the sea?

Well maybe closing the window would have been an option there.

6. Can I have crocodile soup?

Yes, this has also been recorded as a hotel request.

The guest requested the possibility of crocodile soup as he was unable to find the same in the menu.

Not one of the most bizarre ones for sure. For those looking to explore amazing global cuisines, this request can be considered a fairly reasonable one. Not much the hotel can do about this request either.

7. The bedsheet is too bright

Another strange complaint in a hotel was about the bedsheet being too bright.

The hotel staff did cater to the request though.

There were other complaints and requests in the lists which included a request of honey and chocolate milk bath and ice cream being too cold.

One guest asked for pictures of a Hollywood star in the room of a Californian Hotel. The Hotel did satisfy the request though.

Holidays are supposed to be the perfect opportunity to relax and blow off some steam. The perfect holiday should only be characterized by spending time with friends and loved ones doing nothing but exploring, having fun and doing nothing.

Unfortunately, not everyone experiences the dream of a perfect holiday. There are

There are travellers out there that have had terrible holiday experiences which might have led to irritation, bad reviews, and unbelievable hotel complaints.

Although some complaints are valid, some are utterly ridiculous and unwarranted. Here are some more of the funniest hotel and strangest guest complaints ever made: 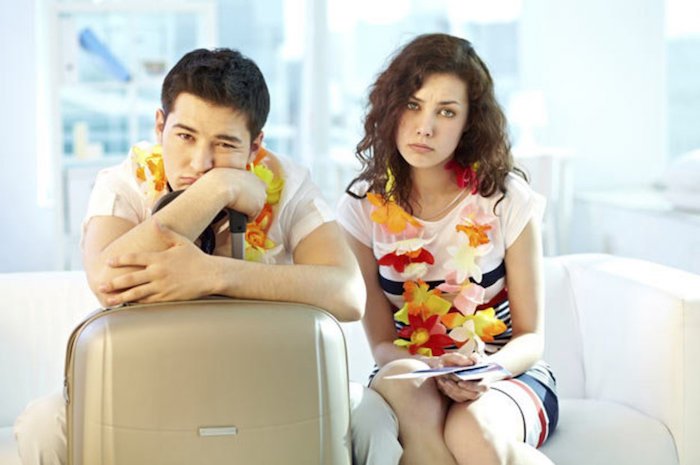 8. Too many beautiful women

A tourist on holiday in Britain complained to the management after he discovered that there were too many beautiful women staying in the same hotel that he and his wife were staying.

It turns out that his wife had caught him looking one too many times, which forced his hand to make a complaint.

The man also added that because of the tension caused by his staring, he was forced to grovel by buying gifts over the course of their 5 day holiday, which ended up costing him heavily.

9. We assumed it would be included in the price

A couple looking to have a day of fun and adventures booked an excursion to a water park situated close to their hotel.

Upon arrival, the couple quickly telephoned the concierge to complain and ask why he had not notified them to carry their swimsuits and towels.

The couple assumed that the swim gear would be included in the price, and so did not see any need of bringing their own. 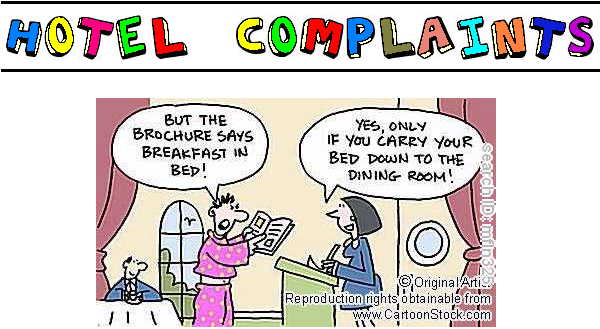 A group of travellers called their resort after their holiday to complain that it took them too long to fly back home from Jamaica to England.

They also called to find out why it only took their counterparts three hours to fly to America while it took them 9 to fly to Jamaica.

An individual on holiday to Goa in India was disgusted to discover that almost all the restaurants, even the one at the hotel, served curry and yet she hated spicy food.

12. The sand was different

A group of friends complained about their resort after they discovered that the sand on the brochure and the actual sand on the beach were different.

The brochure showed that the sand on the resort was white but it was rather yellowish, much to their disappointment.

Hope you liked the quick compilation of common and unusual hotel guest complaints.

A lot of these hotel complaints by guests can make it stressful for the staff. Our funny hospitality images compilation could certainly bring a smile on these faces.

A lot of these can be stupid tourist complaints, a lot can be extremely common hotel requests while a lot of them can be weird and bizarre. However, the zeal with which the hotel staff take up the issues and complains to make the experience of guests a memorable one is certainly commendable.

10 Top Inventions and Innovations of the world Ever

All About Robots in the Hospitality Industry