From Ancient Greece to the hi-tech hotel industry of today, it has not been a journey less than mesmerising.

History of hotels is extremely interesting on how a new industry has been spun out of various culture and rituals. 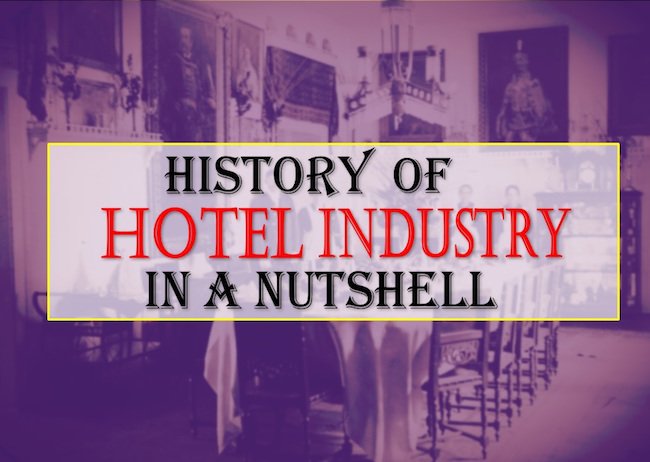 The hotel industry has certainly made huge leaps and massive milestones over the last 3,000 years. It has burgeoned from a simple inn into a multi-billion dollar industry. But that isn’t all:

It was not until the 18th century that the hotel industry got a complete commercial structure. Then the real expansion took place much like a revolution.

This video explains the brief history of the modern hotel industry beautifully. Have a look.

We cover in this article the history of the hotel industry only briefly to keep it short and crisp.

One of our other posts takes a detailed view of the History of the Hospitality Industry. So, please do have a look if you want to know more about what has changed in the hospitality industry over the centuries.

Let’s get on with the timeline that depicts the history of the hotel industry.

Inns were established, and guest rights were first recognised in this period.

These inns included thermal baths for resting and recuperating.

Does that remind you of the modern-day spas and saunas? Well, now you know the inspiration for the luxuries we enjoy in the hotels of today.

Ruins in Greece still keep reminding us of the possible origins of the modern hotel industry that has become one of the biggest industries of today. 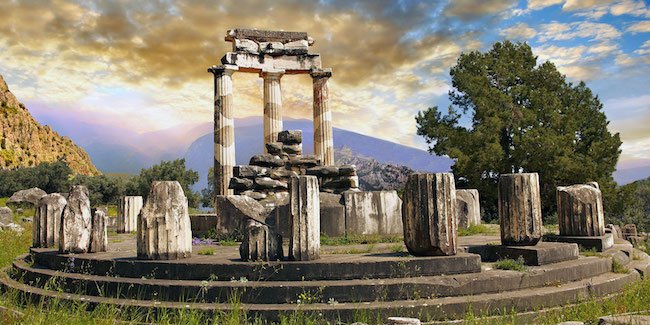 No discussion about the history of hotels can be complete without discussing this era.

Romans became the first known travellers for pleasure. However, most mansions and inns were erected to accommodate Romans on government business.

So, this was the official beginning of the lodging industry although the foundation was laid over a thousand years ago or maybe even earlier.

This is the period when the hotel industry developed in tandem with civilisation. Coincidentally, the use of coaches for travelling became rampant bringing in more guests.

Most hotels were private homes while most nobles spent their stays in monasteries.

Romans introduced the first amenities in Switzerland, England, and the Middle East.

Efforts were still made by travellers to keep the trips short to a day but longer trips were becoming more and more common with land, river and sea route all open.

The hotel industry took full advantage of this growing travel and saw itself growing through more inns and cottages. 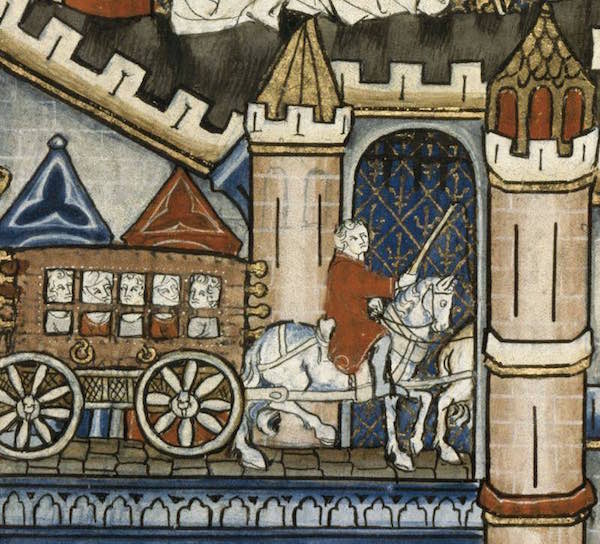 After the so-called dark ages, the taverns and inns became fancier and more popular from the 11th century AD.

People started to recognise an industry that dealt with lodging which would soon start delivering much more than just lodging.

The formal structure of the hotel industry was taking shape in this era.

4. Impact of the French Revolution on the hotel industry:

During this fabulous time in hotel history, Escoffier became a phenomenon in the industry and through him, the brigade systems emerged.

Apparently he is such a popular name in the current culinary industry that one of the top culinary schools in the world is named on Escoffier.

This organised the Kitchen of the Hotel industry.

While most of our readers from the culinary department already know what we are talking about, but for those who are not aware of the brigade system, here’s a chart by Cega Blog. 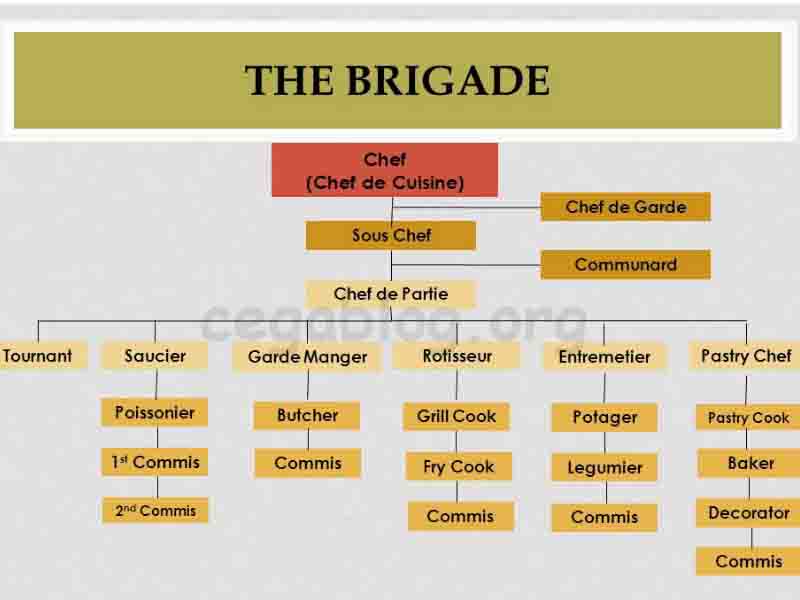 You still have a lot of restaurants of the same name. Boulanger started in 1831 what was going to be a part of the daily lives of human beings in the coming years.

A Museum as reported by The Telegraph still retains the painted recreation of the first commercial organised restaurant to be made. 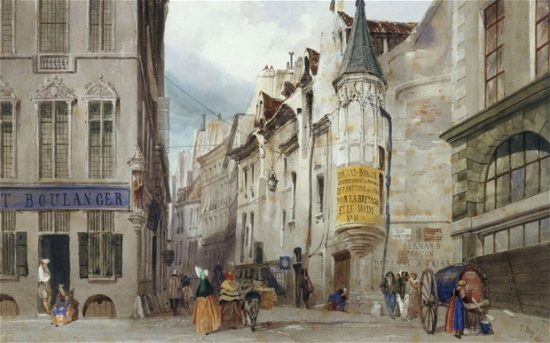 During the reign of Louis XIV, Paris saw the emergence of multi-use complexes, complete with offices, boutiques, classical facades, and hotels.

This was probably the most important phase in the history of the hotel industry. Modern hotel chains were established in this era.

The Savoy Hotel, for instance, swung its doors open in August 1889 with Cesar Ritz being the general manager.

In London, the Royal Hotel opened in the same year. Holiday resorts and hotels mushroomed as well along the Italian and French Rivieras during the 1800s.

This period in the history of the hotel industry also saw a rise of a few Legendary Hoteliers who would go on to register themselves in the history books.

During WWI and WWII: the hotel industry took a hit during these two devastating world wars.

A lot of hotels and inns lost a huge sum of money and thus disappeared.

This was probably the only period in the modern age during which the hotel industry had suffered heavy losses.

Scepticism grew about the future of the hotel industry which was going great guns before the first World war.

After 1945 AD trans-Atlantic flights and cross-continental travels fuelled a veritable growth of the hotel industry as a whole.

The 1970s, for instance, saw a massive proliferation of hotels built primarily for business people. Now, you can find just about any kind of hotel.

In the 1990s, technology took over and clear beneficiaries were the guests.

History of the Hotel Industry technology

The Hotel Industry is evolving at a pace faster than ever now. With the advent of technology, the past century has seen the industry grow at a rapid pace. The speed of innovation has taken the hospitality industry by storm.

From small inns to AI-based smart rooms, the hotel industry technology timeline is a no less fascinating journey. But, we will leave it for another post for the time being.

There you have it, the brief history of the hotel industry.

We tried to keep it short and simple while covering the major events.

Needless to say though that there’s a ton of captivating things that happened in-between.

Is Hotel Management Still a Good Career Option in 2022

Data Analytics in the Hospitality Industry | Facts and Benefits

How to Become a Successful Hotel General Manager