In this post, we have discussed a few of the Ancient Hospitality Customs that have set the standards for the modern hospitality industry.

We have also mentioned some of the hospitality customs emanating from these ancient systems of hospitality.

While there have been numerous ancient customs in hospitality over the years, we have focused on those which is still prevalent today. These include the following. 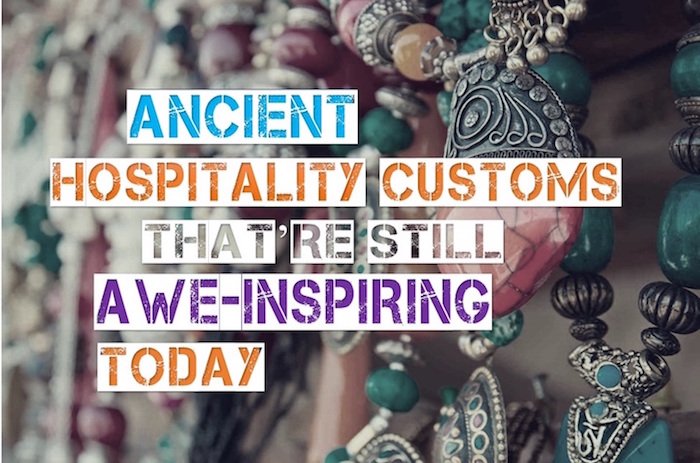 Let’s check a few of the hospitality customs of the olden times which still inspires the new hospitality order.

There are possible reasons why ancient hospitality was much more revered in ancient times than it is today.

For instance, travelling in ancient times was more daunting and lengthier than it is today.

Because of less advanced modes of transportation, visitors would have a harder time travelling especially in instances of long distances.

Additionally, motels and inns were not as prevalent as they are in modern society, and those that were available were often expensive and overbooked.

Based on this, visitors and travellers were forced to rely on the hospitality of strangers and friends.

Some of the ancient hospitality customs have changed their nature due to the ever-changing world while a lot of others have retained their originality.

Here are some ancient hospitality customs and rituals that are still awe-inspiring today:

In most ancient societies, hospitality was not just an issue of good manners, but a moral institution that was taught from an early age.

A lot of these old customs are still followed today.

Most of the ancient hospitality Customs were often better experienced in ancient times during great banquets and feasts.

These were sometimes held in honour of a noteworthy event or to pay homage to an important member of society.

If we study the Historical background of the Hospitality Industry, we will get to know how a lot of ancient customs in hospitality still hold true today.

Do you love to drink while you eat? You must be thankful for the custom made popular by Roman Hospitality.

Well, who doesn’t love a glass of wine or a beer with the meal? Or a juice or Mocktail for the non-drinkers.

Well drinking and eating together was not a common practice until the ancient hospitality custom that was named the ‘Roman Feast’ came into existence.

The practise continues to date through a lot of hotels and hospitality organisations. The Romans of the New Testament were always very hospitable to strangers.

Let’s look at a few hospitality customs that are awe-inspiring even today.

For instance, as a sign of hospitality between two people, a pair would exchange a token that consisted of a stone or a tile of wood that was split in the middle.

Does that remind you of gifts and return gifts?

But, the hospitality ritual was performed in a unique way.

To produce one-half of such a token would imply that you were a hospitable person.

These tokens were often kept and handed down from father to son.

Guests in Roman households would be kissed upon entry and supplied with drinks and wine before proceeding to a feast that was held in one’s honour. This custom is followed till date.

The process of welcoming someone into your home was also considered a sign and covenant of faithfulness and peace.

A lot of Boutique Hotels in the world ensure that you get to see some of the ancient hospitality customs in subtle manners.

Ancient Greek hospitality is commonly associated with Xenia, which is a relationship that is created between two people from different countries or regions.

Greeks were very hospitable in ancient times, partly because the people believed that hospitality was a commandment and requirement from the Gods.

The people of ancient Greece believed that the Gods wanted them to be hospitable to any visitors that showed up; they believed that turning away visitors would result in some kind of punishment from the Gods.

People that provided high hospitable standards would become popular across the lands, and it was sometimes a sign of wealth.

Consider this today. Customer service in the hotel industry is considered the main competitive advantage.

Even the Largest Hotel Chains strive for the honour of being most hospitable to stay ahead in the competition as well as please its customers. The seeds were sown in the ancient times that led to a monumental rise in the hospitality services offered today.

Hospitium is another Greco-Roman Hospitality term that is associated with superior service. Hosts according to these customs are duty-bound to serve the guest to the best of their capabilities.

A lot of hospitality customs from all corners of the world seemed to have followed the mantra of treating guests like God.

This also reflected through the ancient hospitality customs of Asia. Foot Washing was one such custom which was common in a lot of countries around the globe.

Ancient Chinese Hospitality Custom was to offer tea to the guests and these were no ordinary tea. Same has been prevalent in the Indian hospitality which dates back centuries.

China is believed to have started the Tea culture which thrives till date. Tea, coffee and welcome drink seem like a norm in the hotels today.

It was actually the Chinese who seem to have given this hospitality custom a head-start which is still prevalent today. 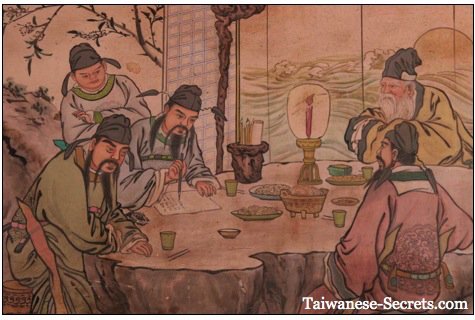 Event ancient Indian hospitality customs followed the practice of welcoming guests and treating them in the best possible manner.

Foot washing, tea, are very much a part of Indian hospitality from the olden times that can be found in a lot of other countries in Asia.

4. Other Hospitality Customs from the past

There is one thing common in all ancient hospitality customs and that is in the way guests were treated. On offer was the best possible service. The purpose was to become a giver.

The Hospitality industry has embraced this ancient custom which is awe-inspiring to date.

These Ancient Hospitality Customs from all around the globe has given shape to the hospitality of today.

While we may have reached the age of machines, customer service still holds the key to the prosperous hospitality industry in the future.

Here you go, some of the ancient hospitality customs.

A lot of them are still awe-inspiring and used among various societies.

Hospitality has itself deeprooted within all societies and is set to flourish further in the coming years.

Employee Training 101 for the Hospitality Industry: All about it

Google for Jobs – The Ultimate Tool for Hospitality Job Seekers