In the hotel business, there’s nothing as lucrative and ultimate as garnering that 5-star golden rating. In this post, we have discussed more of this Hotel star rating system and on the process for hotels to get a 5-star rating.

We have also listed in this article, the key features in all the star categories of Hotels.

We have also listed the key requirements for the hotel star categories.

This article would also explore what you can expect out of the star ratings of any hotel.

No matter what angle you look at it, a 5-star rating is a surefire sign that your hotel establishment has reached the zenith of the hospitality world.

A 5-star rating is sort of Holy Grail in the hotel industry.

Whether it may be one of the largest Hotel chain properties or a standalone luxury property, the hotel star ratings are crucial for the brand.

The hotel star-rating system in itself is a robust, agile, and all-encompassing standard approach to the hotel industry.

Let’s get going with the details now. 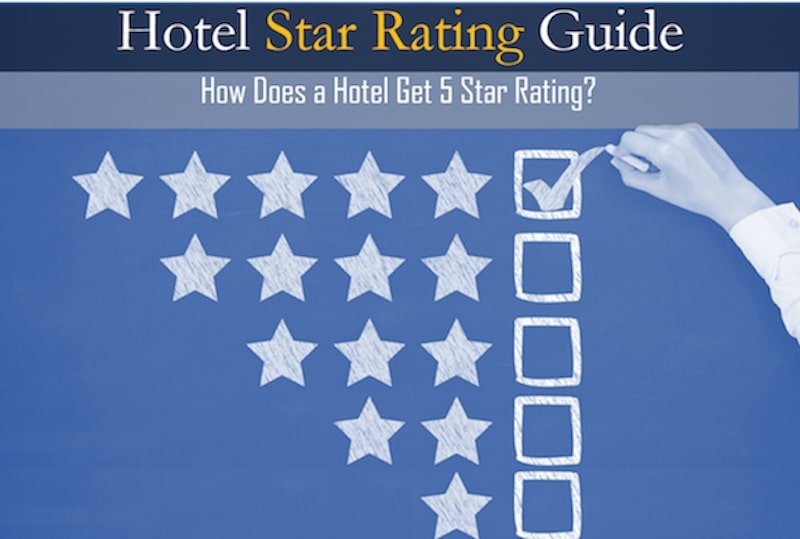 Before we get into the star categories and requirements of hotels, here’s an important question we should answer first.

So the question comes about the awarding bodies for the 5-star rating.

There is no definitive list of who gives a Star Rating to a hotel.

There are hundreds of organisations and media firms with new star rating guides which are not that reliable.

Here we list few of the most reliable Hotel Star Rating systems around the globe.

Your Star Hotel must have these names inscribed beside their star rating.

There are several other organisations that grant stars to hotels but there is no star rating system which is recognised and accepted globally.

The star rating guides by organisations mentioned above are probably the most recognised ones globally.

Now moving on to the meaning and categories of these hotel star ratings.

Let’s now do a hotel start system lookup by exploring all the categories of star hotels.

Within each star category, we have included hotel star rating requirements and criteria.

Also, included within each category are the requirements of hotel star grading and service expectation out of these hotels.

Let’s get started with discussing the hotel star rating system with the creme a la creme of hotels.

These aren’t your regular hotels; they are masterpieces offering top-notch hospitality services.

To garner the 5-star hotel rating, you must offer the industry’s highest level of services and accommodation.

All hotels in this category provide the highest degree of personal services.

These hotels are expected to exceed luxury expectations of guests to enjoy continued patronage. 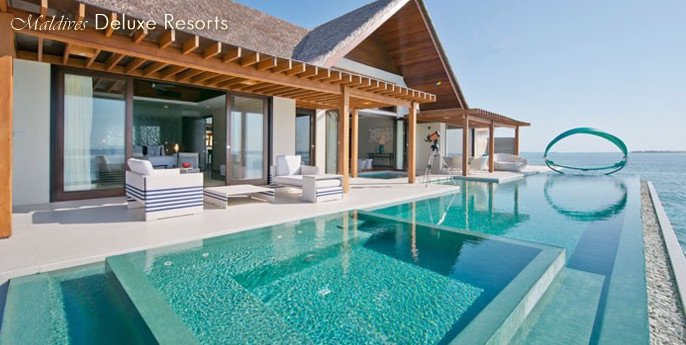 Garnering a 5-star hotel rating do wonders to a hotel, and of course, it’s brand.

You can charge more without worrying that you will lose customers.  Customers are prepared to pay as far as they get value for money in terms of luxury and customer service.

That’s the magical allure of 5-star hotel rating. So, how can a hotel rev up its game to get that lucrative 5-star rating?

To be a 5 star rated hotel, the organisations must think of luxury that is unparalleled.

So, What Does 5-star Hotel Rating Mean?

5 Star rating would include all that gives hotels the coveted luxury tag.

With a lot of buzz around the 5-star hotel rating, it has always elicited a teensy bit of debate.

But, what does it actually mean?

Much akin to any industry, the hotel industry has crafted a rating system based on quality.

As you might expect, hoteliers invite industry experts to assess their establishment, services, and staff.

In the end, they award the hotel a numerical value, with the 1-star rating being the lowest and 5-stars rating the highest and the most lucrative. In the USA, Hotels are awarded Diamonds instead of Stars by AAA.

Even right from the outset, you have to understand that a 1-star rated hotel isn’t exactly a sign that the establishment is shoddy; it’s all in satisfying all criteria for 5-star hotel rating.

Also, the 5-hotel star rating standard is always evolving as more and better hotel amenities come into the big picture.

A lot of hotels around the world claim to have the unique 7 Star rating but these are unofficial and not backed by international bodies.

One of the most famous Seven Star hotels is said to be the Burj Al Arab, Dubai. However, it does not claim this to be an official certification.

On the contrary, this super luxury Hotel claims to have received this accolade from a media person and not through one of the recognised hotel rating systems.

Officially the hotel claims to have a BAA five star rating.

As we move down the hierarchy in hotel star categories, necessity is now converting to luxury in 4 Star hotels.

Here are the basic services and requirements for achieving a 4-star rating.

Here, you can think of several hotels of Hyatt and Marriott hotel chains.

A lot of most beautiful Boutique Hotels boast of Four-star rating.

More often than not, you’ll find a group of 4-star hotels located in the same business district or even street.

Gold Coast area in Australia boasts of over 200 4-Star hotels in the same area.

Right off the bat, these hotels feature large rooms and highly decorated lobbies.

A lot of hotels of Hilton, Radisson Blu and Holiday Inn hotel chains should come to your mind when you think of the three-star category.

While they may still not offer Bellhop services, they are usually located close to business centres, major transportation hubs, shopping spots, and moderately priced.

These are the basic amenities and services one can expect out of a 3-star hotel:

Next down is two-star rated hotels.

These are generally smaller establishments owned and run by the proprietors.

Typically, these hotels boast up to 4 stories and offer more personal ambience and spaces.

In essence, they usually feature the following amenities. A basic star rating lookup of a two-star hotel would fetch us the below details. Have a look!

More often than not, 2 Star Hotels are located in close proximity to the public transport network, affordable tourist sites, and major intersections.

Although they might not feature a fully-fledged restaurant, there is always one close by.

It’s not only the proprietors but also hotel chains that have properties in this category.

A lot of hotel chains like these have hotels in both 2 star and 3-star categories. Ibis Hotel has even moved to the luxury category in South East Asian Countries.

Needless to say, these are the hotel establishments that are at the bottom of hotel industry pyramid.

However, 1-star Hotels are way better than non-star hotels as they still need a few criteria to fulfil to ensure guest satisfaction.

In this category, think in the line of Motel 6, Formula One or Econolodge. Image of a Motel 6 in Los Angeles

Here are the basic things to expect at 1 Star Hotels:

Hotels in this class are usually small to medium-sized and are often located in propinquity to decently priced landmarks or attractions.

One common feature is that bellhop and room services aren’t always provided.

As is evident from the details in this article, getting a 5-star hotel rating is not easy.

However, thankfully the global star rating system is based on proper guidelines and is mostly uniform all across the globe.

The rating authorities clearly describe requirements and award ratings based on the same. We have tried to list a lot of details here that can be useful to explore the same.

In order to attract more customers to the hotel, all hotels need to ensure they are rated the best by the agencies. Even travellers refer to these ratings before they decide to book a hotel room.

Hopefully, by now, you know which organisation to approach and what amenities to have to be into the coveted 5 Star rated hotel club.

8 Amazing Apps for the Hospitality Industry